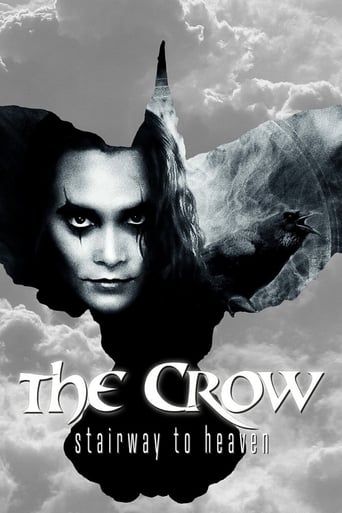 Exactly one year after his death, rock musician Eric Draven returns to earth in a symbolic and literal leap from the bridge that joins the Land of the Dead and the land of the living.Possessing the mystic powers of The Crow, he is neither living nor dead, searching for a way to right what has been wronged. The Crow: Stairway to Heaven continues the legacy of Eric Draven and expands on the mythology of the successful feature film franchise. Joined as soulmates, Draven and his girlfriend Shelly were inseparable until they were brutally and senselessly murdered. Now their souls cannot rest. Their romance endures time and death, creating an incredible longing between the young lovers. Draven seeks redemption by helping others, fighting for those who cannot fight for themselves. Through each act of justice, he is taken one step closer to his own salvation.

If you liked The Crow: Stairway to Heaven, check these out...