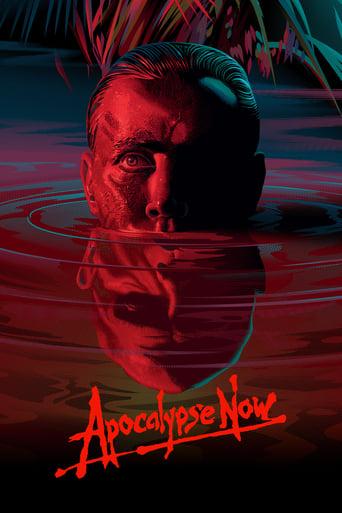 At the height of the Vietnam war, Captain Benjamin Willard is sent on a dangerous mission that, officially, "does not exist, nor will it ever exist." His goal is to locate - and eliminate - a mysterious Green Beret Colonel named Walter Kurtz, who has been leading his personal army on illegal guerrilla missions into enemy territory.

If you liked Apocalypse Now, check these out...

I have seen Apocalypse Now many times, in various states of soberness. And in my opinion, it's an absolute masterpiece. Visually jawdropping and with a thought-provoking script, it well deserves it's status as one of the all time greats.

If you haven't seen it yet, prepare to be blown away...this movie is a far cry from the trailer-cut popcorn flicks of the 2010's but it's the kind of movie you'll remember for the rest of your life.