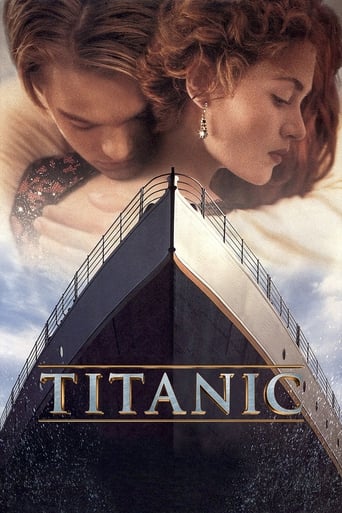 101-year-old Rose DeWitt Bukater tells the story of her life aboard the Titanic, 84 years later. A young Rose boards the ship with her mother and fiancé. Meanwhile, Jack Dawson and Fabrizio De Rossi win third-class tickets aboard the ship. Rose tells the whole story from Titanic's departure through to its death—on its first and last voyage—on April 15, 1912.

If you liked Titanic, check these out...

Me and my housemates do a biannual Titanic night that involves getting dressed for the 1910s, shifting colour tones with a LifeX lightbulb, smoke machine for the steam room scenes and super soakers for when it sinks. Great 4D experience, but its a long film so be prepared to get potato baked. Thanks HighMDB!