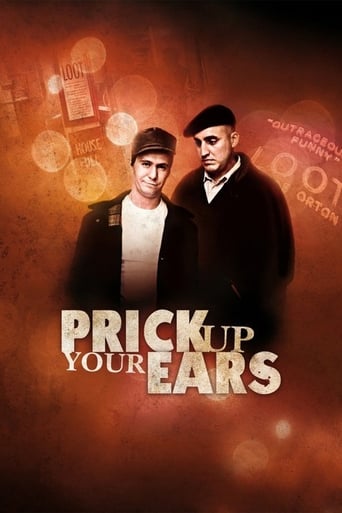 Stephen Frears directs this biographical drama focusing on controversial British playwright Joe Orton, revealed in flashback after his murder by lover Kenneth Halliwell. Born in 1933 in Leicester, in the English Midlands, John 'Joe' Orton moves to London in 1951, to study at RADA, and enjoys an openly gay relationship with Halliwell in their famous Islington flat in the 1960s. However, when Orton achieves spectacular success with such plays as 'What the Butler Saw' and 'Loot', Halliwell begins to feel alienated and the pair's future looks increasingly uncertain.

If you liked Prick Up Your Ears, check these out...