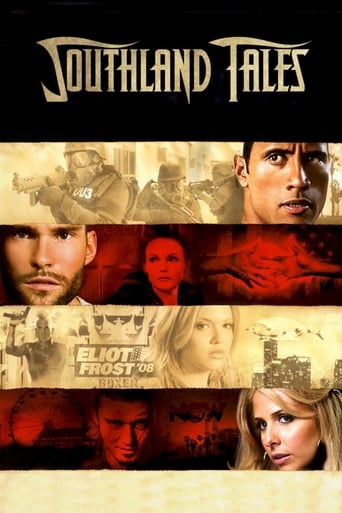 Set in the futuristic landscape of Los Angeles on July 4, 2008, as it stands on the brink of social, economic and environmental disaster. Boxer Santaros is an action star who's stricken with amnesia. His life intertwines with Krysta Now, an adult film star developing her own reality television project, and Ronald Taverner, a Hermosa Beach police officer who holds the key to a vast conspiracy.

If you liked Southland Tales, check these out...