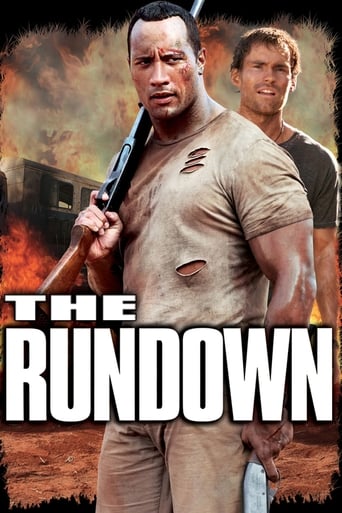 When Travis, the mouthy son of a criminal, disappears in the Amazon in search of a treasured artifact, his father sends in Beck, who becomes Travis's rival for the affections of Mariana, a mysterious Brazilian woman. With his steely disposition, Beck is a man of few words -- but it takes him all the discipline he can muster to work with Travis to nab a tyrant who's after the same treasure.

If you liked The Rundown, check these out...