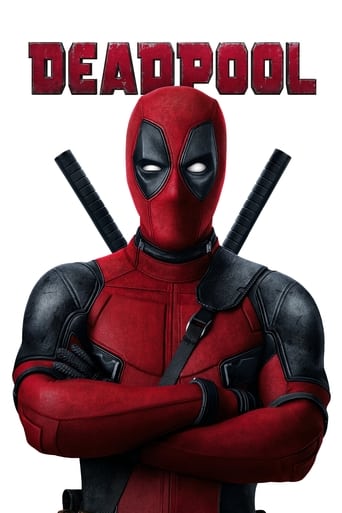 Deadpool tells the origin story of former Special Forces operative turned mercenary Wade Wilson, who after being subjected to a rogue experiment that leaves him with accelerated healing powers, adopts the alter ego Deadpool. Armed with his new abilities and a dark, twisted sense of humor, Deadpool hunts down the man who nearly destroyed his life.

If you liked Deadpool, check these out...

Watched this. I like Ryan Reynolds as an actor but I was a bit skeptical about him incarnating Deadpool. I was following the hype train for a while, kept seeing the teasers for the movie, Ryan Reynolds' comments/tweets e,t,c. and I was hoping it wouldn't suck. From all the interviews and such RR kept saying he wanted to keep the movie authentic, as close to Deadpool as possible that is why he denied making it a PG-13. Props to him, he was the perfect person to star on this movie and in my humble opinion he nailed it. Must watch. Must watch high more likely! Enjoy it :-D

just came back from the movies. deadpool is AWESOME, period. definitely one of the most refreshing spins on superheroes. you'll laugh your ass off and wish you could light one up right there to enjoy it even more (it's hilarious either way).

p.s.: there's a post-credit scene so make sure not to miss it.

The movie is everything you wish a Deadpool movie could be. Ryan Reynolds fits the role, like Robert Downy Jr. fits the role for Iron Man.