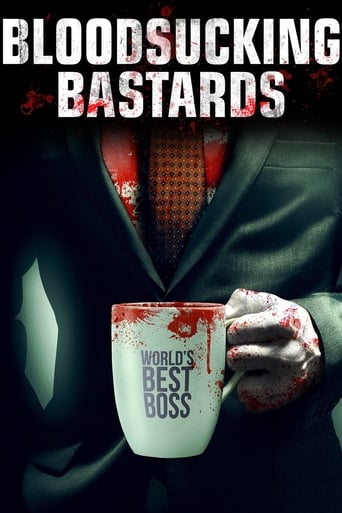 An action-packed horror comedy, BLOODSUCKING BASTARDS stars Fran Kranz as Evan, a dutiful and overworked employee stuck at a soul-killing corporation with his beautiful co-worker and girlfriend Amanda (Emma Fitzpatrick) and his slacker best friend Tim (Joey Kern). Evans world begins to crumble when Amanda dumps him and his boss Ted (Joel Murray) hands his coveted promotion to his nemesis Max (Pedro Pascal). When his office mates start going through disturbing changes, Evan must find a way to stop the evil brewing admist the cubicles, and rescue his workplace pals before his life and career go from dead-end... to just dead.

If you liked Bloodsucking Bastards, check these out...

Sylvester Stallone aka the italian stallion was the best rambo in this movie!!