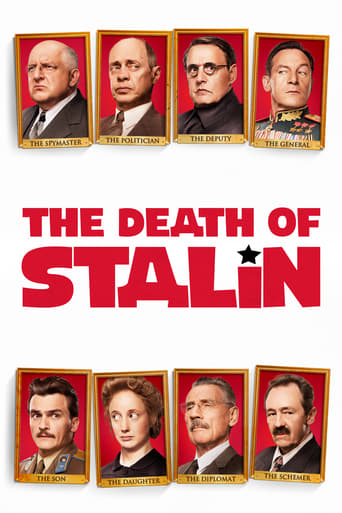 When tyrannical dictator Josef Stalin dies in 1953, his parasitic cronies square off in a frantic power struggle to become the next Soviet leader. Among the contenders are the dweebish Georgy Malenkov, the wily Nikita Khrushchev and Lavrenti Beria, the sadistic secret police chief.

If you liked The Death of Stalin, check these out...