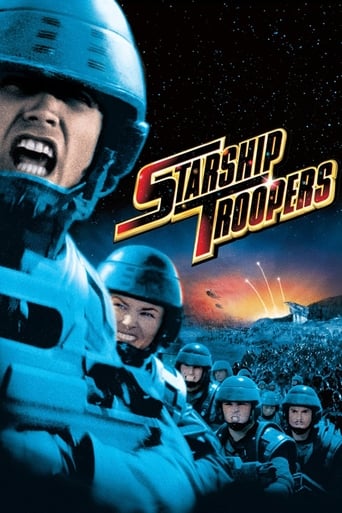 Set in the future, the story follows a young soldier named Johnny Rico and his exploits in the Mobile Infantry. Rico's military career progresses from recruit to non-commissioned officer and finally to officer against the backdrop of an interstellar war between mankind and an arachnoid species known as "the Bugs".

If you liked Starship Troopers, check these out...